After several months of non-stop commissions, I dutifully went into the studio today and (!) started a painting of my own creation. What a feeling: this freedom to experiment, push the paint around and manipulate the colors and brushstrokes into movement. A subject of my choosing and composition. I felt light as air. 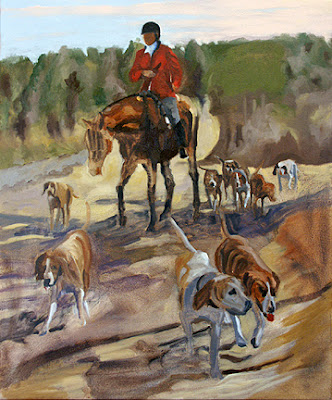 I've received several requests for foxhunting scenes. There's nothing here that's cutting edge nor particularly innovative, but it's my own hand. These paintings pay the bills when the commissions let up. I'd like to do an ongoing series of foxhunting scenes as I love painting the hounds. They're such happy, friendly dogs that get along great with everyone, including the horses.

The two hounds in the foreground are reminiscent of "Sneaking Off", a complex piece I painted several years ago.
Posted by Sharon Crute at 7:06 PM No comments:

WARNING: I'm about to go off on a rant. It's your choice to read on or click on. 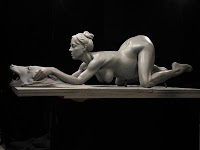 The internet has recently been buzzing about the latest work of controversial sculptor Daniel Edwards. Censorship in any form is un-American. However, there is that annoying asterisk of artistic responsibility. Edwards has garnered lots of notoriety from his previous works defensible by their inherent lofty meaning and "purpose". Britney Spears naked on a bearskin rug giving birth becomes an ideal model for Pro-Life. Although this seems like further exploitation for a sadly troubled famous young woman, apparently there's a moral to this artwork. Whatever.

Ah, but now Edwards has ventured into my backyard: 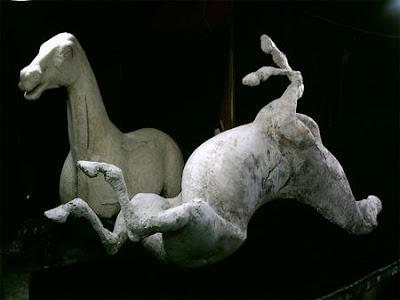 "The Barbaro Memorial"
A press release from the Leo Kesting Gallery who reps Edwards, states that the sculpture represents the "Right To Die and Death With Dignity movement". Oh. The sculpture will be unveiled at the spot where a carriage horse met it's demise in Central Park after being spooked and running into a tree. And the connection is...?

Just a few statements from the press release to take issue: "...fueling speculation his life was prolonged for stud fee earnings". Speculation was the horse would never be sound enough for the breeding shed even if he had survived. Could it be that some of us just love our animals - be they heroic race horses or smile inducing fur balls? Barbaro owners Roy and Gretchen Jackson poured millions into New Bolton Center. Of course there was no pressure from the daily media blitz of updates concerning Barbaro's prognosis. And there's the self-described egotistical Dr. Dean Richardson, chief surgeon at the center. FACTOID: the early signs of founder (laminitus) likely occurred shortly after the first surgery. But as Dr. Richardson passed the wall of cards, flowers, treats and other tokens of well-wishes from thousands of school children on his way to work every morning, he may have been inclined to attempt the impossible. Or could it have been a collective consciousness of affirmative well wishes on an unprecedented scale that prolonged the inevitable?

Another: "It was reported that in the end, Barbaro was biting at people before he was finally allowed to die with dignity". FACTOID: three year old colts bite. The healthier and fitter they get, the more they bite. It's what they do. Something to do with those darn male hormones.

Supposedly, the sculpture is helping to launch "the Barbaro Law" requiring racetracks to disclose race-related injury and fatality statistics. FACTOID: all practicing race track veterinarians are required to fill out a daily report submitted to the on site, highly regulated State Veterinarians Office. All horses entered in races absolutely MUST be examined by a state appointed vet on the morning of the scheduled race. Have I ever mentioned the "Absolute Insurer Rule"?

Daniel Edwards was hitherto unknown to moi. There is a cartoon stating: "if you want to be a successful artist you must create some controversy" on my studio wall, where I should be now. 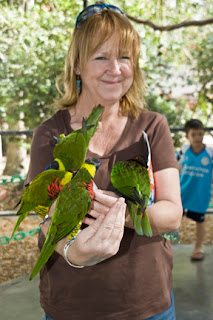 I'm completely caught up with all my commissions! Now what? I think today I'll actually clean the sacred ground of my studio that is never touched. Dust, you know. There's no telling what I'll find. Afterwards, I believe a quick, small painting of my own choosing is in order to put me back in touch with my original creativity.

Last weekend was moi's birthday. My best friend Lynn took me to the Butterfly Garden in Coconut Creek just north of Ft. Lauderdale. As usual, she took some lovely photos. Enjoy. 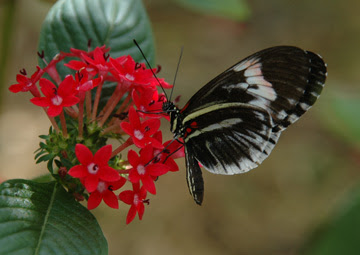 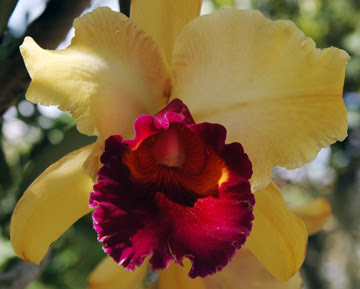 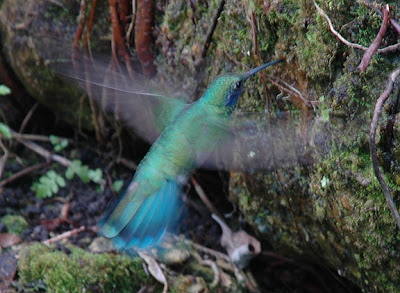 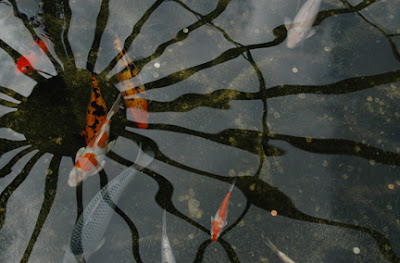 I've been urging Lynn to enter one of those photo contests. This photo is more than worthy. 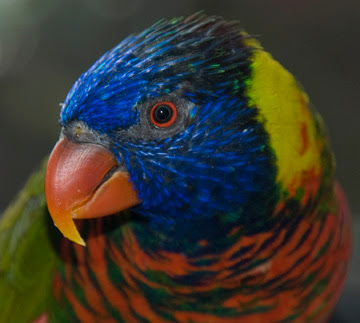 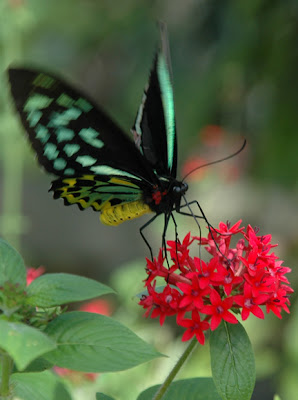 Posted by Sharon Crute at 7:34 AM No comments:

Horse of the Year 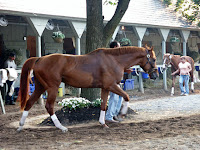 "We need heroes. And since we need them so badly, we've decided to race Curlin this year. We want to give the fans and the industry what we need." - Jess Jackson at the Eclipse Awards last night.

Hmm, thanks Mr. Jackson but I wonder if Curlin wouldn't be headed to the breeding shed were it not for that pesky legal fiasco involving Curlin's hundreds of owners.

I'm resigning myself to the economically driven changes. I don't like it but it's become a fact of life.

For all you spec painters out there - good luck finding the "big horse" subject. 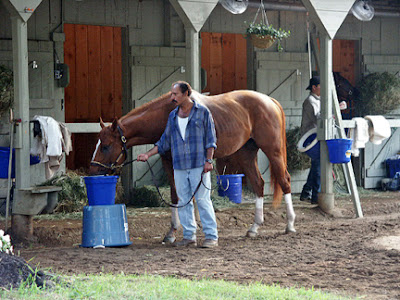 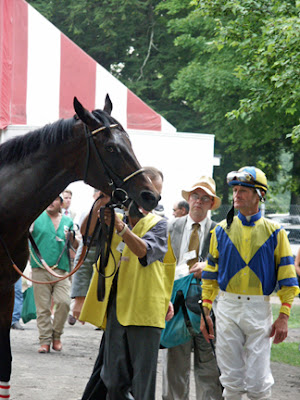 Street Sense in the paddock at last summer's Travers Stakes with Calvin Borel. 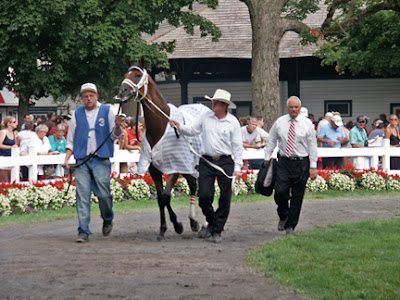 For all you equine art fans, prepare for a glut of Curlin paintings.
Posted by Sharon Crute at 2:06 PM 2 comments: 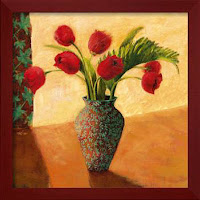 I also applied to the Florida Division of Cultural Affair's "2008 Professional Development Workshop". I was accepted! So I'm off to St. Pete on February 2nd. It's funded by National Endowment for the Arts.

Crossing the t's and dotting the i's on two new galleries! One is in Red Bank, New Jersey close to Monmouth Park and the other in West Palm Beach, Florida. More details when it's all finalized.
Posted by Sharon Crute at 8:13 PM 2 comments:

Very early this past Friday morning our next door neighbor, Glen "Junior" Swift was killed in a motor vehicle accident while on his way to deliver produce at a wholesale market in Tampa. We don't know the details except that the thick fog may have attributed (it was the day after that 70 car pileup on I-4).

He farmed turnips (yankee potatoes, he called them) in the winter and peanuts in the summer.

We dearly loved him, simple as that. A kind, generous person with a devilish ornery streak made for a great friendship. Originally from Kentucky, Junior moved to Ocala in 1973. He related wonderful stories of who was who and what they did and how they ended up. If we mentioned that we needed or wanted something, he loved to reply "...let me make a phone call". My political views are liberal, and he loved to kid me about the dems and Hillary.

Now I glance at the kitchen table forlornly knowing that these precious conversations have come to an end. It's an uncomfortable feeling - this not wanting to let go. Funny what depression will do when it gets a toe hold.

Just last Thursday I leaned against his pickup, getting caught up on the details of his busy harvesting and he in turn inquired about the painting I'm working on.

Life does a one-eighty at any moment. We're never ready.
Posted by Sharon Crute at 3:58 PM 5 comments:

I've been tagged by landscape artist extraordinaire, Linda Blondheim. I invite you to visit Linda's blog for a candid commentary on her life as a plein air painter. She also closes each post with a delicious recipe culled from her days as a chef.

Here are the rules: 1. Link to your tagger and post these rules on your blog. 2. Share 5 facts about yourself on your blog, some random, some weird. 3. Tag 5 people at the end of your post by leaving their names as well as links to their blogs.(I used 6) 4. Let them know they are tagged by leaving a comment on their blog.

Here goes:
Tag, you're it! (interesting blogs I actually read)

Posted by Sharon Crute at 8:09 PM No comments:

I finally made contact with Clare Jett of JettStream Productions, the licensee for Churchill Downs' "Art of the Kentucky Derby" program. I sent her an e-mail with my introductory line:

My name is Sharon Crute and I create dynamic equine oil paintings on large scale canvases.

She answered back promptly with a polite explanation of the decision making philosophy. Involving a direction that researches trends, she stated that artists are chosen not only by the ability to be "comfortable with the horse form" but also have a style that embodies a 'lifestyle" approach: fashion, glamor, etc.

As enormously disappointing as this is to me, it makes perfect sense from a marketing standpoint. Just puruse a copy Art Business News to get a feel for what's hot and selling.

The artwork is created by Trish Biddle, a published artist from Texas. The horizontal format is cleverly split in two, the left side for the Derby and the right for the Oaks. 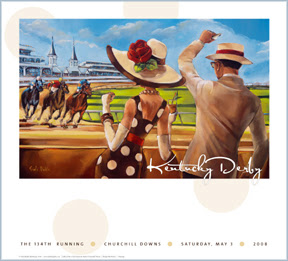 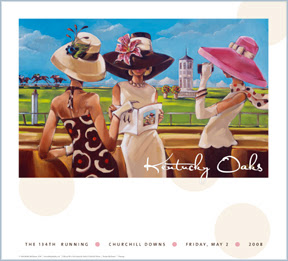 Another statement Ms. Jett made to me: "...the customer who purchases our brand is not necessarily a horse racing fan: it is usually the casual fan". This I know. I sell to many, many non-horse people - teachers, building contractors, various executives, sports team owners, etc. who tell me they are attracted to the color and action in my work.

So, I'm thankful to Ms. Jett for her gracious e-mail reply. However, you can be certain, without fail, that this dynamic, passionate and somewhat volatile artist will be in touch every year.
Posted by Sharon Crute at 2:04 PM 12 comments:

I received my copy of "Art Business News" in the mail today. Imagine my delight to see the photo and short blurb I sent in after returning home from Saratoga Springs last summer. It's in the Picture Gallery department. Even though I resemble a linebacker, hopefully people will look at the artwork instead of moi.

Michael took the photo at my exhibit with the Equidae Gallery. Owner Terry Lindsey does a primo job of designing the space and presenting the artwork. I was honored to be included. 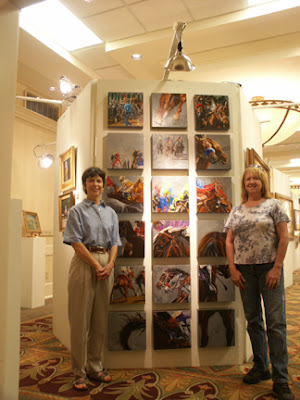 SARATOGA SPRINGS, NY
The Equidae Gallery recently hosted a group exhibit of equine artwork. Pictured from left are gallery owner Terry Lindsey and artist Sharon Crute in front of one of Crute's multipanel oils. The piece depicts an entire horse race from start to finish.
Posted by Sharon Crute at 7:17 PM No comments: